Edwin and I are so excited to share some BIG news today! We’ve been keeping it a secret since February and I’ve been bursting at the seems to tell y’all… we’re moving to Charleston! As you might know from following me, my parents spend half their time in Charleston, my sister lived there until recently (she’s now in Atlanta), and a majority of my family lives on the East Coast, mostly in the South. So, Edwin and I have spent tons of time in Charleston and are there a lot already. Everything feels right when we are there.

We completely love it there and call the Holy City our favorite place, which is why we decided to get married in Charleston this fall. On every wedding planning trip Edwin and I would take, we’d find ourselves saying “we should move here!” but we’d get back to Los Angeles and settle back into our daily lives. However, this past February, we had an extra glass of bubbly when we did the tasting for our wedding and decided to jump ship and move! Believe it or not, Edwin said it first and I giddily went right along with it!

Edwin works in the film industry so his career is based in Los Angeles. He travels constantly for his job so we think we can make the move work, at least temporarily, as he can still travel to his shoots. We signed a six month lease downtown as a test run . If it doesn’t work with Edwin’s job, then we plan to head back to Los Angeles in six months after having the best newlywed six months ever! Who knows, maybe we will stay longer.

I love this phase of our lives: we’re moving in together for the first time, getting married, and moving across the country. We don’t know where we’ll be in a year, which we find very exciting! As for me, I couldn’t look for a full-time teaching job (I’ve been teaching Kindergarten in Los Angeles) since we are only committing six months up front. So, I will be substitute teaching and working hard on more Rhyme & Reason content.

We’re so thrilled to be starting our next chapter and I’m deeply grateful to have you following along with us! We are hitting the road today to drive across the country so be sure to follow along on my Instagram Story! We’re Moving to Charleston (I can’t believe it’s real life!)! Sending everyone lots of love, Jillian & Edwin. 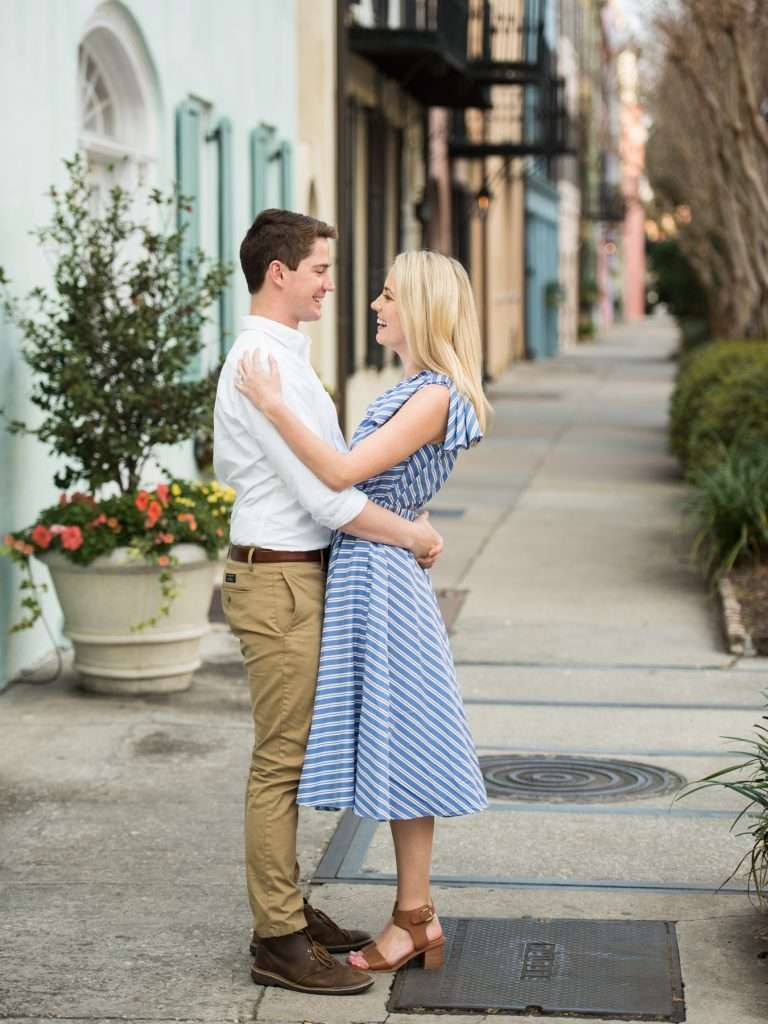 P.S. my dress is no longer available but I found this super similar dress for you for a great price (love this off the shoulder dress too!). These short lookalike dresses are adorable as well: one, two, three, four, five, six!

A Day in Sconset

10 Things I Will Miss About Los Angeles