On my summer breaks from teaching, I love being able to read A LOT. Last summer I read a handful of fun and interesting books. This summer has been no different. I started the summer with a super long reading list and I’m happy to say I’ve made quite a dent in it. As my summer is winding down, I’m making it a goal to get through my list! Here are the books that are on my Summer reading list 2015: 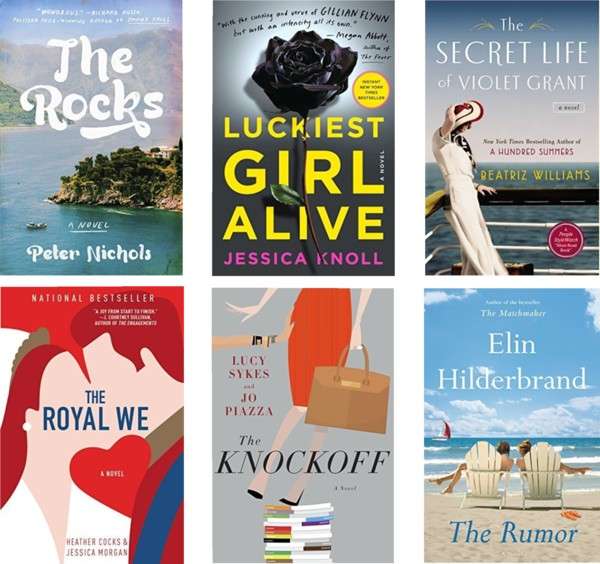 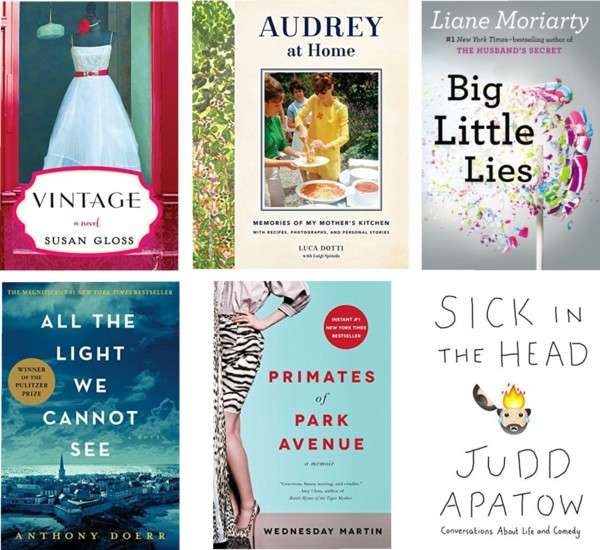 1. Go Set a Watchman by Harper Lee: The world is so lucky to have a new book published by this outstanding author. Lee submitted Go Set A Watchman to her publishers before she wrote To Kill a Mockingbird but the manuscript was assumed to be lost until it was rediscovered in 2014. If you love To Kill a Mockingbird, then you’ll love this novel because it features many of the same characters but is set 20 years later in time.

2. In the Unlikely Event by Judy Blume: I, like thousands of other girls, loved Judy Blume while I was growing up. How exciting that she released a book this summer for adults?!

3. The Rocks by Peter Nichols: A smart beach read about a couple who honeymooned in Mallorca in the 1940s but were split up by a turn of crazy events. Decades later, their un-related children attempt to solve what happened to the couple.

4. Luckiest Girl Alive by Jessica Knoll: The new book for those of you who loved Gone Girl. The story follows Ani, a New York woman who appears to have it all. However, a scandalous secret from her past threatens all that she has worked for and proves that her perfect life is a perfect lie. You’ll definitely want to read this before the movie is made because Reese Witherspoon got the movie rights.

5. The Secret Life of Violet Grant by Beatriz Williams: Set in 1960s New York City, this novel is described to be full of so many twists and turns that it will keep you turning the page while you read it on the beach. Last summer, I mentioned that I love another novel by Williams titled A Hundred Summers so I can’t wait to pick up this one.

6. The Royal We by Heather Cocks & Jessica Morgan: Are you as obsessed with the British royal family as I am? Do you take comfort in the fact that Prince Harry isn’t married yet? Then read this fictional tale. It’a about an American woman who falls in love with the prince of Great Britain.

7. The Knockoff by Lucy Sykes & Jo Piazza: style aficionados and social media savvy girls will love this funny novel about the editor in chief of fictional Glossy magazine and her twenty-something former assistant who tried to steal her job and turn the famous magazine into an app.

8. The Rumor by Elin Hilderbrand: a must read for anyone who has ever vacationed on Nantucket. This summer’s release by one of the best beach read authors out there promises a page turning story about two best friends whose lives become overrun by rumors. You’ll keep reading to find out which rumors are true!

9. Vintage by Susan Gloss: This novel follows the story of three woman who join together to save a vintage clothing store. In the process, they end up saving themselves.

10. Audrey at Home by Luca Dotti: Audrey Hepburn’s son gave the world a little treat with this book. He collected and published a series of rare photographs, stories, and recipes from his mother’s life and kitchen.

11. Big Little Lies by Liane Moriarty: Last summer, I highlighted Moriarty’s novel, The Husband’s Secret, as a must read. This summer, I’m telling you that you have to read Big Little Lies. It’s a wickedly funny tale told through multiple perspectives as a town tries to find out the truth behind a murder that occurred at the town’s school.

12. All the Light We Cannot See by Anthony Doerr: I’m a big history buff so this book immediately jumped to the top of my list this summer. It tells the story of a blind French girl and a German boy whose lives join together as they attempt to survive the horror of World War II.

13. Primates of Park Avenue by Wednesday Martin: A witty story about one of the country’s most elite groups: the mothers of the Upper East Side of Manhattan. This memoir will have you both intrigued and in shock.

14. Sick in the Head by Judd Apatow: If you want to laugh out loud while reading a book this summer, then read this collection of conversations with classic and contemporary comedians. Judd Apatow proves he isn’t just funny on the big screen.