Hello! I’m so happy to be back after a little unintentional hiatus… my computer crashed in Wyoming and I had to wait a week until I got home to get it fixed and then wait another week while it was recovered and fixed in the shop! So, I’m sending out my sincerest apologies for being SO missing in action. Any who, My grandmother loved American history and loved the role that lighthouses have played in our history. My grandparents retired to Sea Island, Georgia in the early 90s so, growing up, my grandma loved taking us to visit and climb the steps of old lighthouses along the southern coast. Her love of lighthouses stuck with me and now I make it a point to visit them whenever I’m traveling to a destination with one. Nantucket has three lighthouses so Allison and I knew that we wanted to visit as many of the three as we could during our trip. We found ourselves in such a Nantucket spirit that we dressed up all American at Sankaty Head lighthouse while we explored and snapped a few photos. 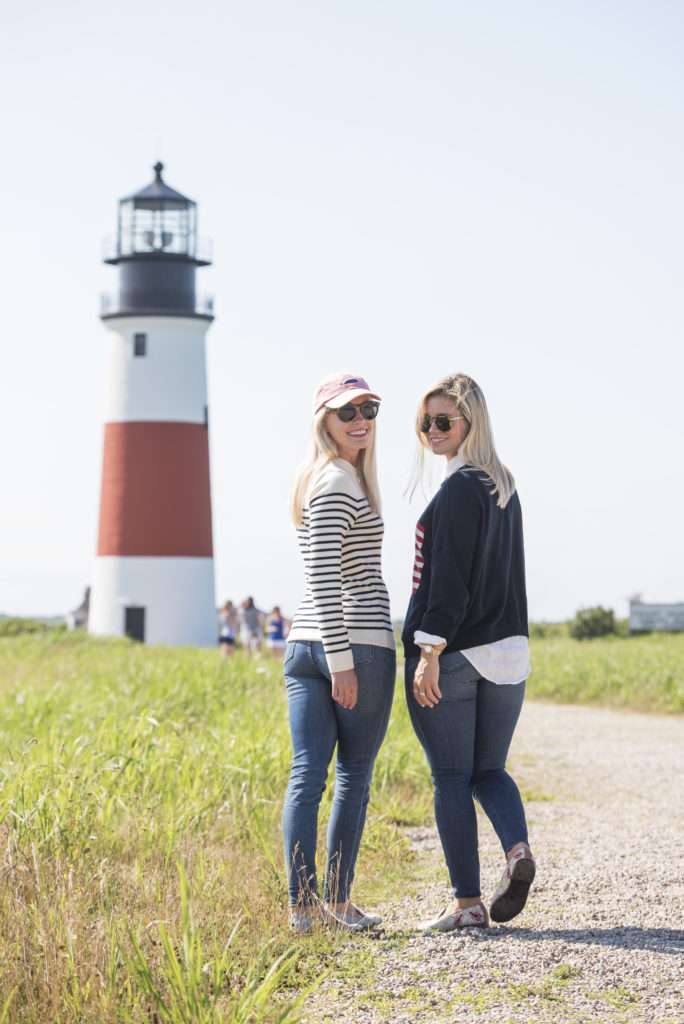 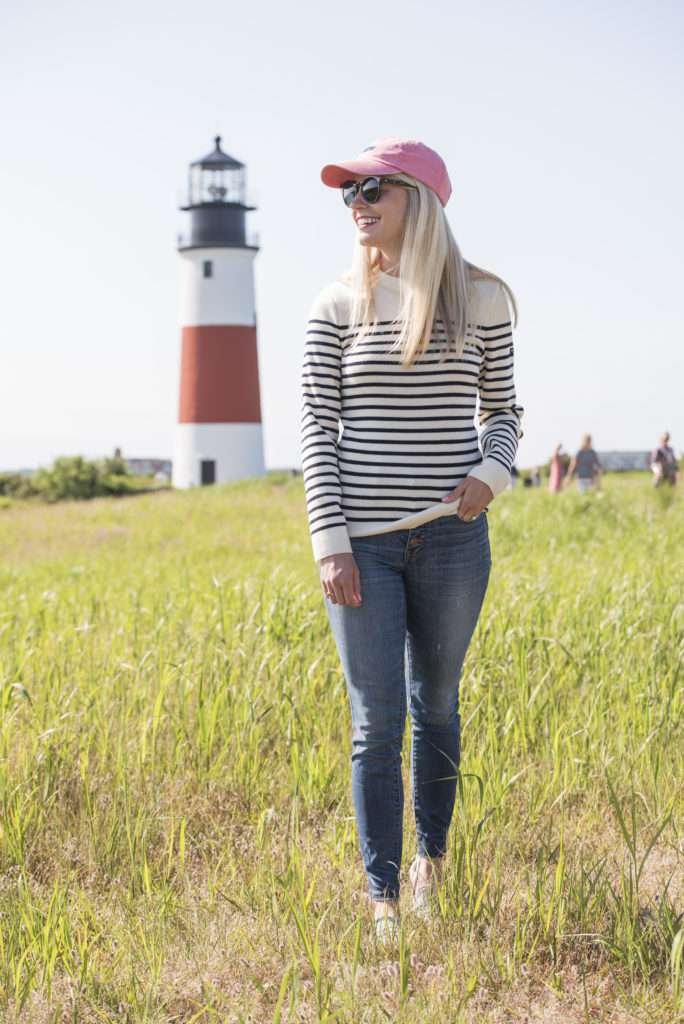 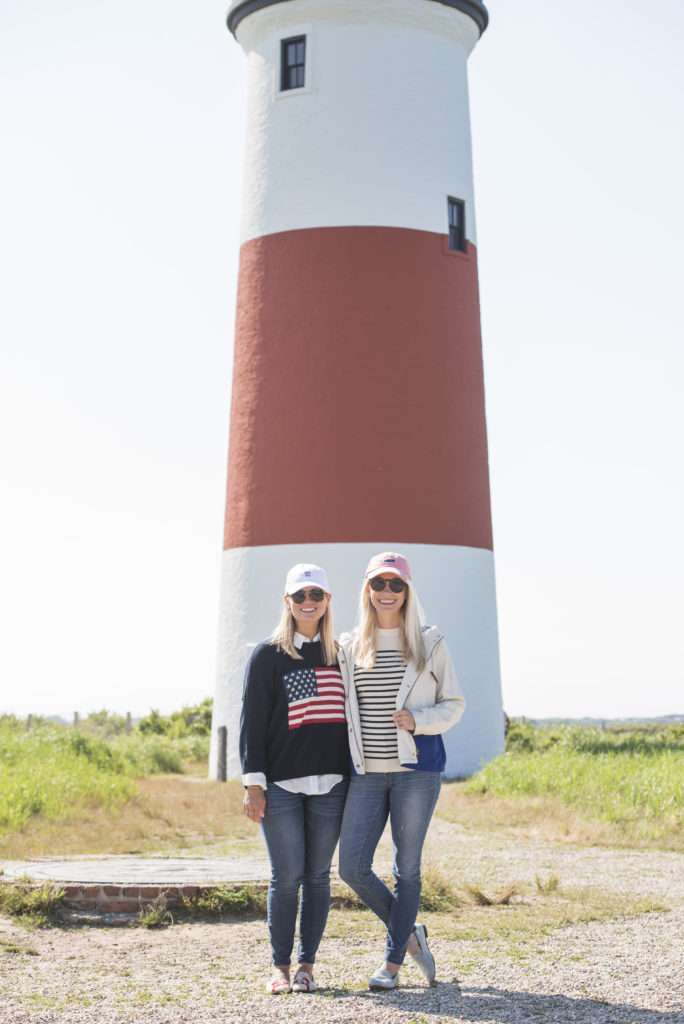 I wore the same pair of Madewell jeans I’ve been wearing all summer as there was a slight chill in the air this day of our trip. My jeans are almost sold out but Madewell released this almost identical pair (different hem) and I found this similar pair for less too. I love the jeans so much that I’m not surprised they are selling out so quickly! I also wore my favorite Saint James stripe sweater. Their sweaters are made of wool so they are so warm that they can be worn all through the fall and winter. However, Saint James also makes the best (non-wool) long sleeves and tees. For an extra layer, I slipped on this old J.Crew jacket (similar). A few years ago, J.Crew re-released some vintage styles from collections past. I immediately clamored to grab what I could, which included this jacket. I found a few similar styles for you here: one, two, three. To top it all off, I wore a baseball cap with a whale on it… when on Nantucket! I love hats with cute colors and symbols on them like this American flag hat, this lobster hat or this one, and this sailboat hat. 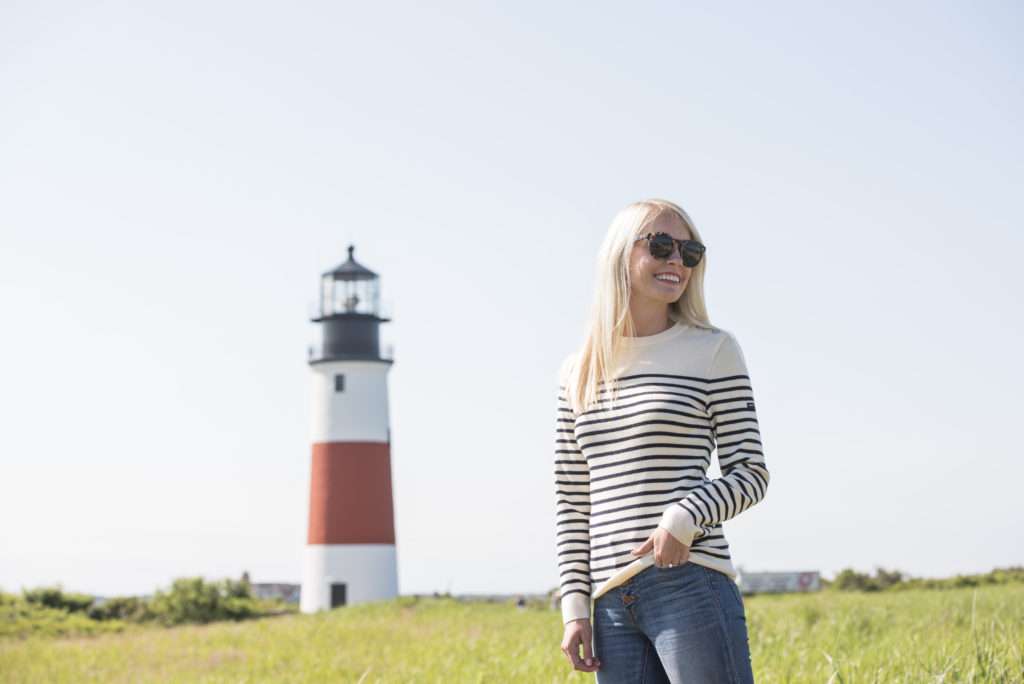 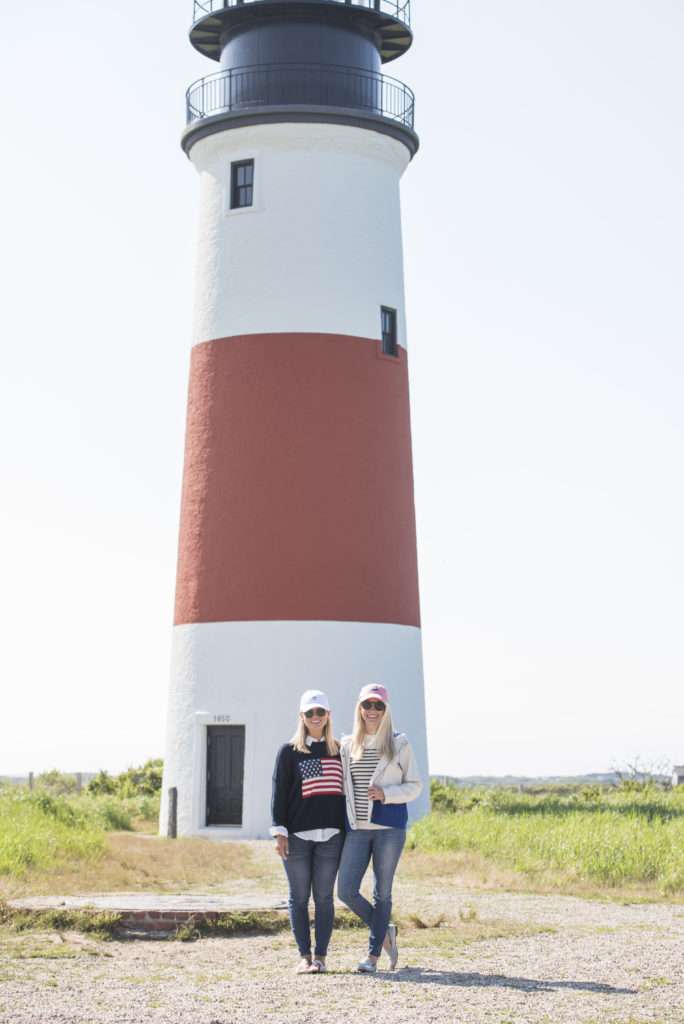 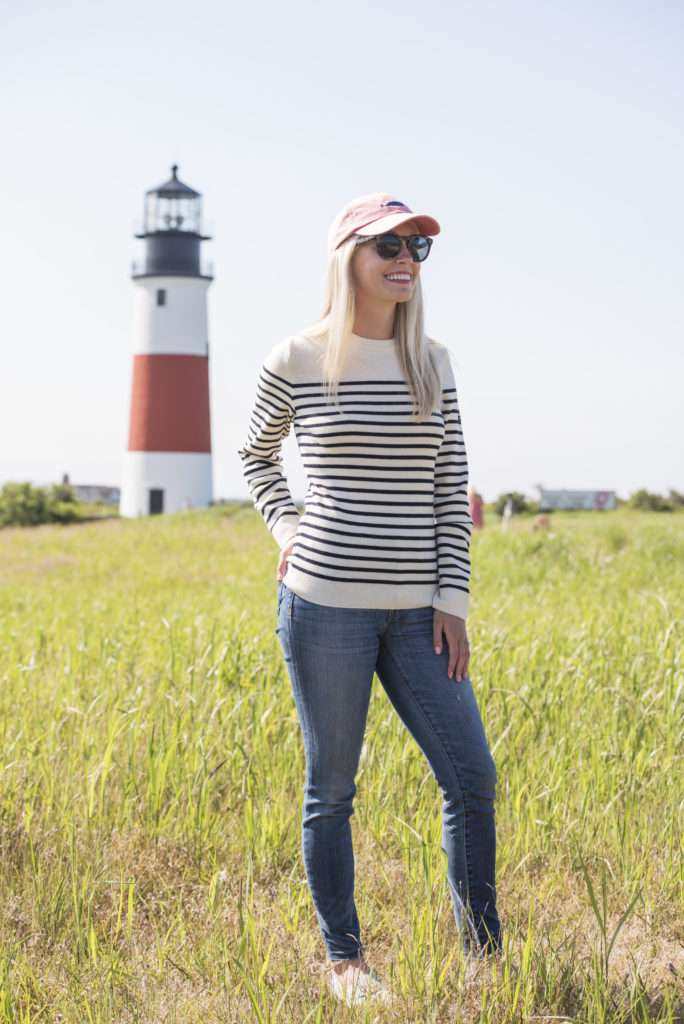 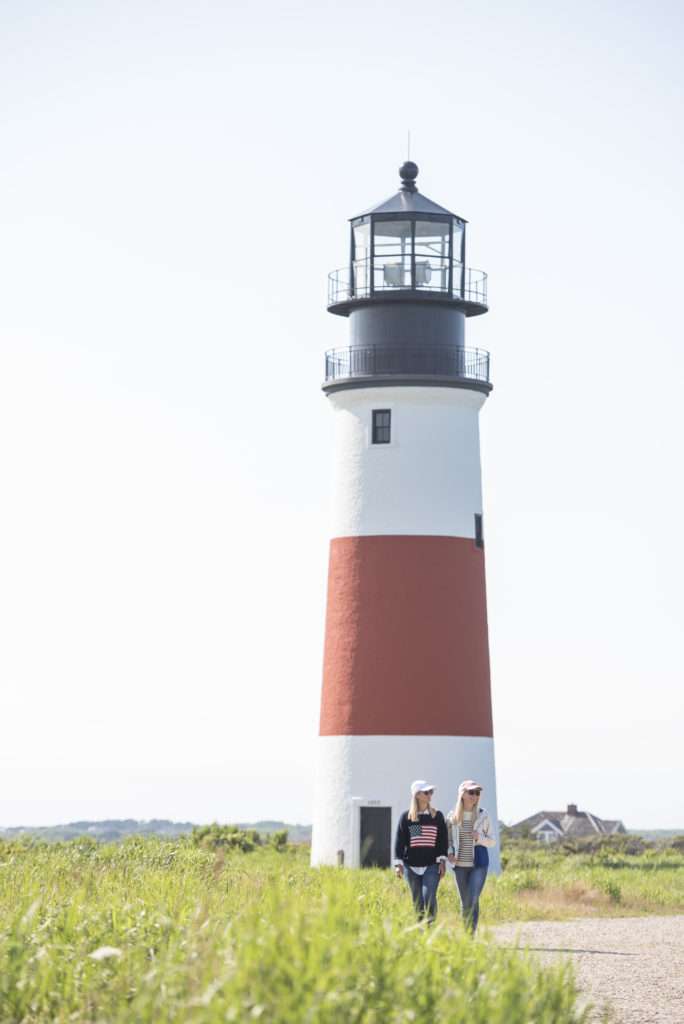 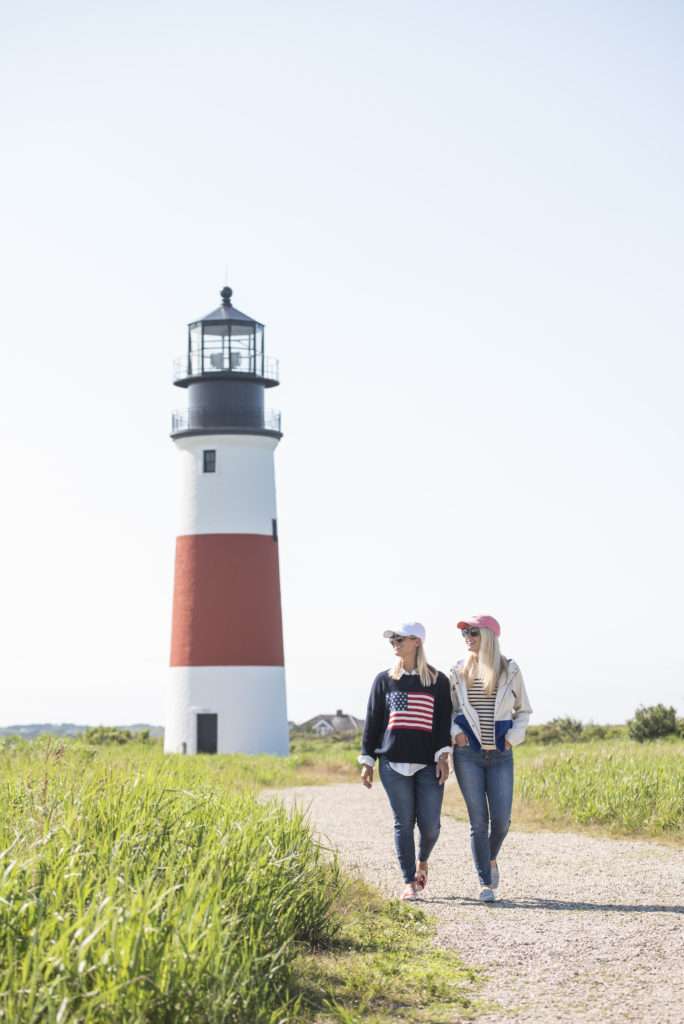 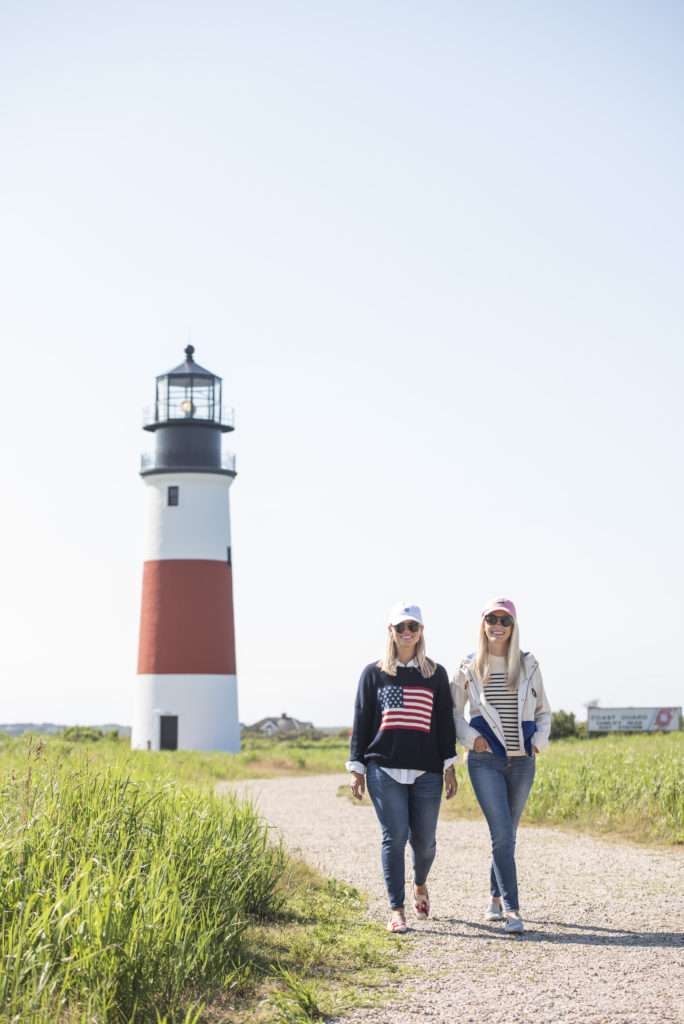 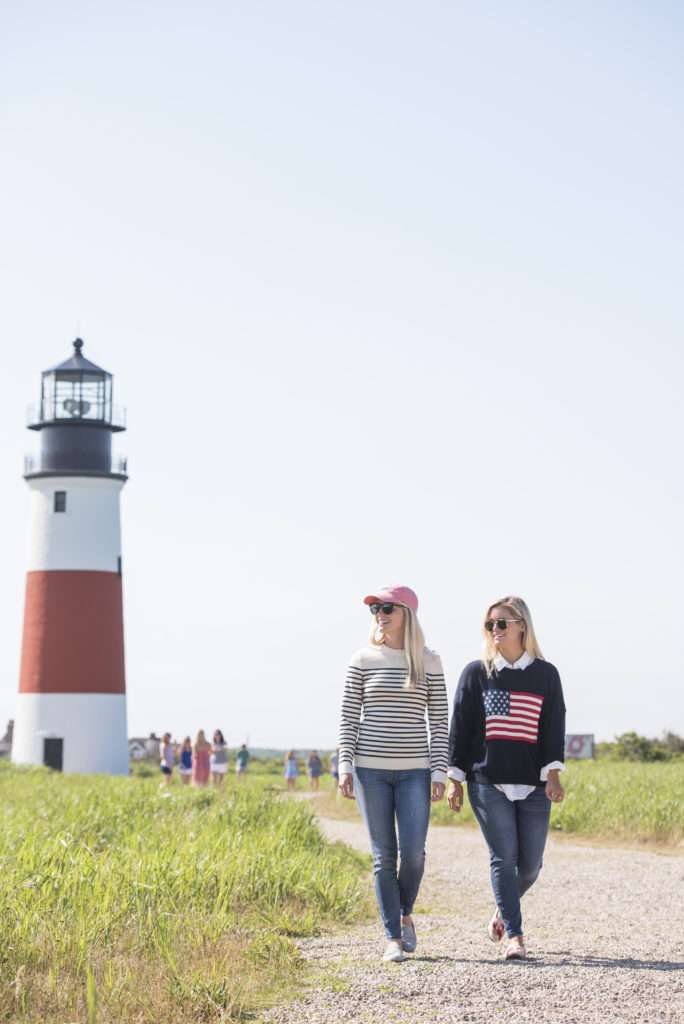 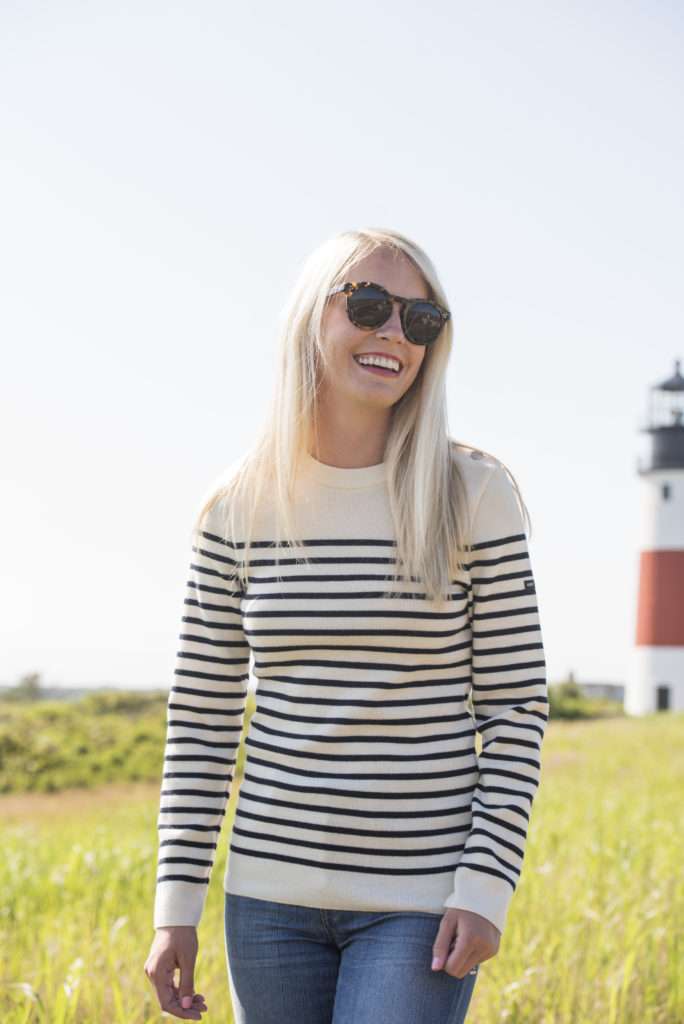 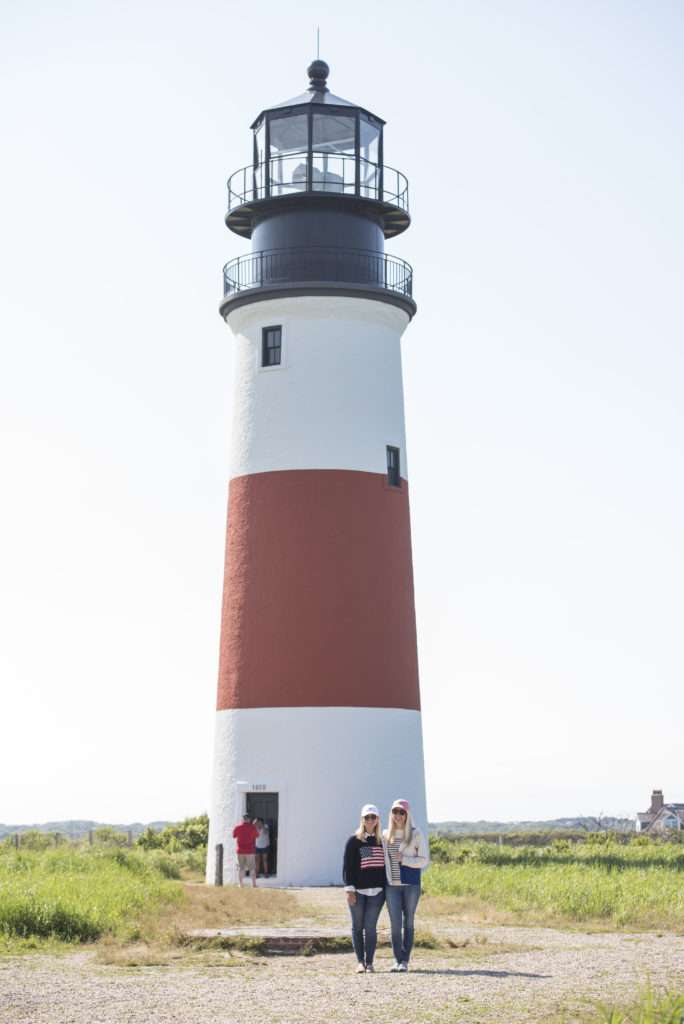 Get the All American at Sankaty Head Lighthouse look: